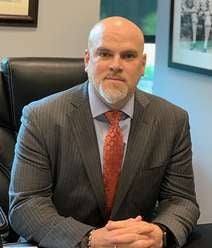 Adam Uris spent 10 years as an Assistant District Attorney in Brooklyn, where he prosecuted hundreds of criminal offenses while working in the DA's trial bureaus. He has tried more than 20 cases before juries on matters ranging from DWI to Murder. As a member of the DA's elite gang violence unit (the Violent Criminal Enterprises Bureau), he led the investigation that resulted in the arrest of nearly 30 gang-affiliated narcotics traffickers and another that helped take down a murderous subset of the Folk Nation street gang.

Mr. Uris was recognized as one of the top 100 criminal defense trial attorneys in the nation in 2018. As a criminal defense lawyer, he recently helped secure the acquittal of a man charged with burglary who was found by the police hiding inside an ice machine in a closed bodega.

In addition to his frequent work in the five boroughs of New York City, Mr. Uris runs Mottola Uris Law's Long Island office, which is located in Melville, right on the border of Nassau and Suffolk Counties. Whatever your criminal defense need, Adam Uris has the experience to help get you through your darkest hour.

Thank you for contacting us. We will get back to you shortly.

Please complete all required fields below.